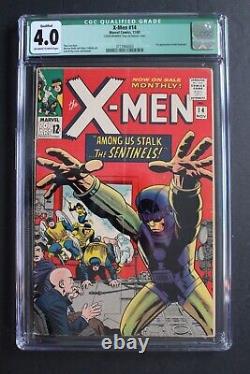 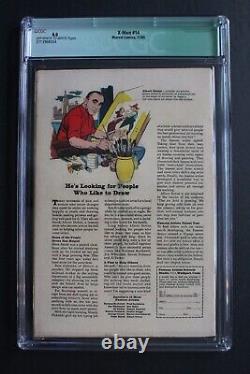 First appearance of the SENTINALS cover and story. The SENTINALS appear in the Movie X-Men: Days of Future Past. First appearance of Bolivar TRASK, supervillain whose company Trask Industries is the creator of the Sentinels, he is also the father of Larry Trask. Bolivar Trask appears in the 2014 film X-Men: Days of Future Past played by Peter Dinklage. Bill Duke plays a man named Trask in X-Men: The Last Stand.

Authenticity is Verified by CGC. (3) SAVE TIME locating the items. (4) GET them from a RELIABLE source. (5) STRICT GRADING, by a DOUGLAS W. SULIPA, a Veteran Comics Dealer & top Overstreet Senior Advisor (Since Guide #2 in 1972).

(9) GIGANTIC Selection (One of the Biggest on Planet Earth). (10) Reasonable Market Value Pricing. Sulipa, an Overstreet Comic Book Price Guide SENIOR ADVISOR for 45+ years. {since Guide #2 way back in 1972}. >> Read my Annual MARKET REPORTS in the Annual OVERSTREET Guide.

>> 600,000 Pounds of inventory jam packed into an 8000 Square Foot Warehouse; So much material, we will NEVER get it all catalogued. This item is in the category "Collectibles\Comic Books & Memorabilia\Comics\Comics & Graphic Novels". The seller is "dwscw" and is located in this country: CA. This item can be shipped to United States, all countries in Europe, all countries in continental Asia, Mexico, Brazil, Australia, Canada.